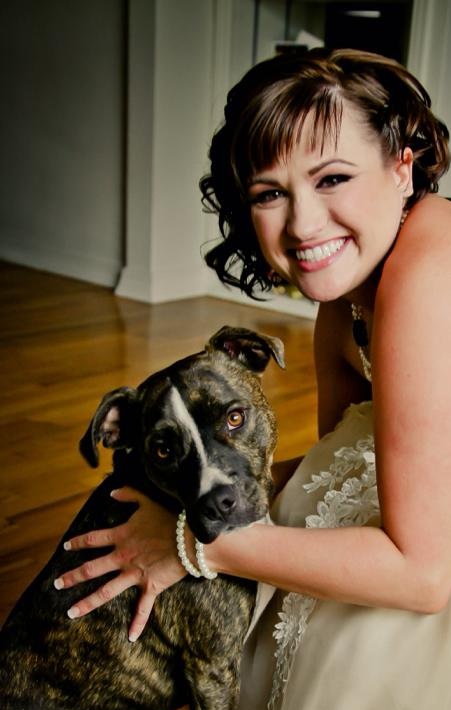 Between caring for family, working full time, speaking at numerous CASA events, and being a Peer Coordinator, Kelsey Beyer is busy but she wouldn’t have it any other way. She tells us she is going to volunteer for CASA until she is 100 years old!

Who is Kelsey Beyer?

Kelsey is a full-time Practice Manager at Willamette Dental Group. She also helps to care for her 92 year old grandmother and is helping to raise her teenage niece. Kelsey is not one to say no to helping others. Recently, a friend called and asked her to help catch a stray cat and her litter of kittens. Kelsey found herself with a flashlight at 11 p.m. searching neighborhood bushes for the cat and kittens.

Kelsey has been a CASA volunteer since 2010 and a Peer Coordinator (PC) for the last 4 years. PCs are experienced CASAs who have been trained to coach a small team of CASA volunteers. They provide support and direction when needed. Kelsey says, “As a PC, you’re coaching and cheerleading so that the CASA doesn’t feel alone on their case and has the support she/he needs.” PCs also provide back-up in the event that a CASA is unable to attend a meeting or a hearing due to illness or scheduling conflicts.

Why did Kelsey become a CASA volunteer?

Kelsey has always volunteered with various organizations by stuffing envelopes, cleaning up trails, serving food, etc. But she felt like she wanted something more. Her godmother suggested that she find a volunteer opportunity that involved helping kids. Then one day Kelsey stumbled upon the Dr. Phil Show while she was home sick. Because she is not a daytime TV person, she almost changed the channel until she heard Dr. Phil talk about CASA. Kelsey felt like “life was telling me I need to do this.”

What does Kelsey find most rewarding about being a CASA volunteer?

Kelsey says, “It’s good to know that I am actually making a positive impact for others. I never realized how much it would change me and how much my life could make a difference for someone else, especially a child!”

How does Kelsey create a work/volunteer balance?

Kelsey has found that most of her CASA work can be done during weekends and evenings, outside of her full-time Monday – Friday schedule.

What is the most rewarding part of being a Peer Coordinator?

Kelsey loves working with the new CASAs volunteers and seeing them grow to become more confident and knowledgeable. She caters her coaching style based on what her CASAs need.

Were there any surprises or expectations that have led Kelsey to “aha” moments?

Kelsey was surprised by the large weight of the caseload for Department of Human Service caseworkers. She says, “Within the foster care system, I didn’t realize how many children slip through the cracks. It’s amazing how overloaded the system is.”

What fears or concerns did Kelsey have before becoming a volunteer?

Like many people considering becoming a CASA volunteer, Kelsey was worried about how she would handle the emotional weight of this work. She wondered, “Am I going to be able to put my feelings and emotions aside to be open-minded for the parents? Am I going to protect my heart and not want to adopt every child I advocate for?” She was also worried about going to court and working with lawyers when she doesn’t have a law degree. But she found that “knowing that the kids are where they are supposed to be at the end of the case helped my heart when it came time to say goodbye.”

What have been Kelsey’s biggest challenges and how has she overcome them?

Kelsey has found that every CASA volunteer struggles with court reports. She says, “No matter your educational background or your career, court reports can throw people for a loop.” But that’s also why she and the other PCs and staff supervisors are here, to support CASAs through the process and give them guidance. Kelsey finds that everything always falls into place.

What advice would Kelsey share with someone considering becoming a CASA volunteer?

Don’t delay: jump in with both feet because you will not be disappointed. You will make a difference for someone else and you will grow as a person in ways you cannot imagine. You can learn things about yourself that you didn’t know and you will develop skills you didn’t know you were capable of learning. You grow as a person and you help your community. Your volunteering can have a significant impact not just on a child but can also trickle down to your CASA kids’ kids. You are helping to break the cycle of abuse and neglect. There is no better way to have an impact than this volunteer job!

This week is filled with CASA tasks. My quarterly hours and two case updates were…

I spent most of this week coordinating a visit with my CASA kid face-to-face. Let…