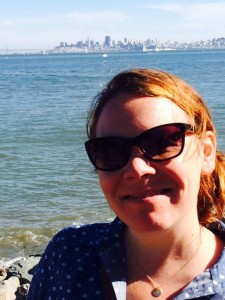 Rebekah Dohrman learned about CASA while getting her law degree at Thomas Cooley Law School in Michigan. She had already been an active volunteer with children through SMART (Start Making A Reader Today). While she enjoyed the contributions she made, she wanted a volunteer experience that would utilize her interest the legal field and support her passion for working with kids. A friend introduced her to a volunteer opportunity that was intellectually interesting and allowed her to work with kids in a way other than as a mentor. Rebekah discovered CASA.

Who is Rebekah Dohrman?

Rebekah owns her own law practice at the Law Offices of Rebekah Dohrman in Eugene where she specializes in real estate, land use and property taxes. Between developing her business, being an active board member of Housing Land Advocates, owning and maintaining a home and spending time with her family, she has a busy schedule.

How Does Rebekah Find the Time to Volunteer?

When asked about how she fits CASA into her schedule, Rebekah says it’s “always better to do a little bit as you go rather than all at once, like waiting until a court report is due.” She suggests dedicating some time and creating routine to build into your schedule. If your employer is flexible, you can make some phone calls during the day or you can spend one evening a week on your CASA case. “It’s important. Once you are assigned a case and have the responsibility of being that extra set of eyes (for the judge), you just make time.” On average, Rebekah spends 5 – 10 hours per month on her case.

After closing her first CASA case, Rebekah considered waiting to take on a second case in order to set up her law practice and transition from her job with the City of Eugene. But she didn’t. She says, “Between the wealth of support from CASA staff and the impact you have on the children in our community, it’s easy to say ‘yes’ to a new case.”

What Does Rebekah Enjoy Most About Being a Volunteer?

For Rebekah, the most rewarding part of being a CASA is spending time with the kids. The work she does also contributes to a more meaningful and impactful volunteer experience.

Rebekah’s biggest surprise after she became a CASA volunteer was the ocean of people and resources surrounding the child’s case. “As a CASA, you collaborate with so many parties involved with your kid’s case – it’s nice that CASAs get to focus on what’s in the best interest of the kids.”

What Does Rebekah Find Most Challenging as a CASA?

One of the concerns with being a CASA was how to navigate the interaction of going into someone’s home. At first, Rebekah was worried that it would feel like she is being invasive. She learned that once you get to know the foster parents and other parties in the case, it gets easier.

For those worried that their emotions will hinder their ability to be a CASA, Rebekah has this to say: “You learn that kids are resilient. What they went through is their reality and it’s not something that you’re going to change right away. They might live with it for the rest of their lives. Our job is to help advocate for what’s in their best interest to help move forward and thrive.”

If you’re in training as a CASA, Rebekah suggests, “as much as you can observe cases before or while going through training, it will build your confidence and understanding of how things work.”

For someone who is considering volunteering for CASA, Rebekah says CASA does its best to work around your needs and match you with a case that is manageable and well-suited for you. After all, the CASA team wants to make sure the experience supports the volunteers so volunteers can support the children.

I prefer to give hugs rather than shake hands. I cry when I'm happy.  I…

Julia, who had suffered from abuse at a young age, first met Christine when she…

After four years in foster care, Angela (age 8) and Rebecca (age 6) have been…