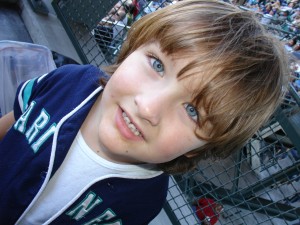 Michael (7 years old) was removed from his parents’ home when police found visible injuries on his neck, face and body. He reported that the injuries were caused by his stepfather. Michael’s mother and stepfather insisted that Michael had harmed himself, but the physician who examined Michael said that was impossible.

Michael’s biological father is not a resource because he is an untreated sex offender. A CASA volunteer is needed to ensure Michael has the opportunity to live safely without fear or blame.

NOTE: Michael’s story is real, but his name and picture have been changed to protect his identity.

When my role as a CASA volunteer comes up in discussions, people are quick to…

Visiting your kid, or kids, at school is a very important part of the observation…